The classic casino game called Egyptian Tombs has been around for almost one hundred years and is still going strong today. This classic game is popular with players of all ages and is great fun for many different types of casino games. The basic concept of the game is to attempt to uncover the person buried inside the tomb. This can be accomplished by winning a jackpot prize or by playing the traditional game with two players, each trying to locate the buried person. There are many different versions of this casino game on the Internet, but in general the rules and strategy for the game remain the same.

The standard version of Egyptian tombs has a classic three-D graphics image of an ornate structure made up of slot machines, stacks of coins, and columns. The main interface for playing this type of slot machine game is a rectangular marquee with a black background. There are five icons on the marquee, representing the five different symbols used in the play of the game. The player always chooses one of the five symbols displayed, regardless of what other symbols are displayed on the screen. In short, the player is trying to uncover the person buried inside the tomb by winning a jackpot prize or by playing the traditional slot machine game.

Today, many different websites offer an Egypt-themed slot machine game as part of their casino entertainment. Many of these websites allow players to choose from one of the many themes that are available in an Egypt theme slot machine. Some of these sites allow players to select the “Pharaoh” icon that is displayed on the main menu of the slot machine, which automatically generates a sequence of graphics images that are used in the illustration of the Egyptian tombs. Players can also use a special symbol key to easily switch between different graphics images when trying to uncover the buried person inside the Egyptian tombs.

Casino Bonuses: Like any other business, online casinos also want to make money. One of the things that have made it quite challenging for online casinos... 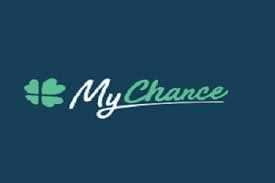